According to the Housing Health and Safety Rating System (HHSRS), Mould is a category 1 risk to health. This is the same category as Asbestos.

One of the biggest post-flood dangers to the health of a property and its inhabitants is mould growth. A flood in a domestic or commercial property grants mould ideal conditions in which to thrive, with the risk to human health being proportional to the exposure time experienced and the species and the density of airborne spores. Most properties have mould in some form or other – often hidden behind surface finishes, in voids and within stud partitions. Whether your mould infestation comes as the result of flooding or just general damp and moisture in your home, Ideal Response can help.

In some cases, before work can begin, a survey of the affected site must be carried out to determine the level of the infestation. Mould contamination is rated according to the size of the affected area:

Though only operations involving remediation above Level 2 require a qualified and experienced indoor environmental hygienist, mould growth can very quickly get out of control in any building and a Level 2 contamination can rapidly turn into a Level 3. We can respond to mould remediation callouts within twenty-four hours, and with over ten years’ experience in dealing with both black and toxic mould damage, Ideal Response are the people to turn to should you discover an infestation.

The problem with Mould – some simple facts

With a complete lack of knowledge, the average consumer or “cleaner” has no idea of the above and when mould is “cleaned up”, they usually make it much worse and expose themselves, colleagues and occupants to elevated levels of spore, hyphal fragment and toxin inhalation.

“Poor Remediation is worse than no remediation at all”

To make things worse, a tradesman or contractor may have been in breach of Health and Safety regulations which may be a criminal act by any or all those responsible for failing in their duty to deliver a competent person to the job. That could go up chain all the way to the loss adjuster and insurer in an insurance claim supply chain.

There are those who argue that many of the reported symptoms of people who claim they are sick from mould are either imagining their problems or that the symptoms are as a result of a different cause.

Whilst it is the belief of the author that the evidence is overwhelming against this view, it actually does not matter what they believe.

Health and Safety law in the UK is clear:

There is also evidence that some mould toxins are:

Some mould will be two or more of the above hazards

Mould has the capacity to make people sick. It is a one of the contributing factors to what is known as SBS “Sick Building Syndrome” or BRI “Building Related Illness”.

Remember, the Health and Safety at Work Act 1974 and its regulations apply to all work carried out in a house as well as any commercial building. This applies to volunteers working for charities as well as tradesmen and contractors.

NHS documents claim that if you are prepared to remove mould growth yourself in your own home, you should not do so when the growth exceeds 1m² and that you should call in a professional service.

A professional mould remediator MUST be competent (i.e. trained in the task they are performing) and that means understanding mould is a hazardous material.

A professional, trained and competent remediator will, amongst other things, need to consider:

Please note that if visible mould is present, it is not always necessary to sample it for identification. It is a hazard. Full stop.

In addition to our training and education activities, The Restoration Academy UK Limited offer a consultancy service which:

While surface mould or bacteria is a concern from hand to mouth ingestion, the World Health Organisation state that inhalation of spores both viable and non-viable (live or dead) is the greatest health risk.

The removal of mould and bacteria from the air can take months or even years and require expensive equipment and even massive ventilation is unlikely to remove the risk.

Mould spores, mycelia,  bacteria and their fragments range from less than to more than 20 microns. A full stop here is about 60 microns so its really small.  These particles are released by mould growth (called sporulation) and or released when touched or disturbed by cleaning. These particles then float in the air and are distributed by simple air movement such as opening doors and windows and even sitting or walking. Laws of physics dictate these particles will settle but may take between minutes or days depending on size and aerodynamic shape. Once settled they are easily re aerosolised by any form of movement  and again become an inhalation hazard.

A review of a WHO publication (Bulletin77) explains why dead mould fragments and  mycotoxins are 40 times more hazardous by inhalation.

It is therefor of paramount importance that people who suffer building related illness in water damaged properties understand that simply washing off or painting over mould is unlikely  to result in significant health improvement. Mould removal or decontamination (see section) is about air as well as surfaces.

The diagram below shows the natural human defence to particles . The nose will stop 10 micron and the upper respiratory thoracic system (throat) can stop down to 5 micron. This means the smaller fragments of mould, bacteria and mycelia can move directly to the lower respiratory system (alveoli) These small particles are allergenic and may contain or be covered in toxins and these can be transferred directly into the blood stream. The WHO state this form of exposure is 40 times more hazardous than ingestion or skin exposure. 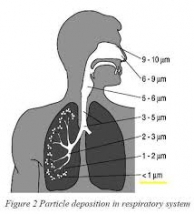 Historically the mould removal  industry has relied upon HEPA Negative Pressure machines to clean the air but this is very expensive and very, very slow . The HSE undertook testing of this type of air cleaning and published a paper on why it doesn’t work (see HSE evidence) Basically the HSE found that air is entrained into the machine at low levels only and stratification of buoyant particles can actually be energised by the air disturbance caused. 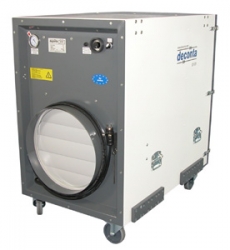 A new form of mould  (air decontamination) has emerged which revolves around chemical bonding and or colloidal action. 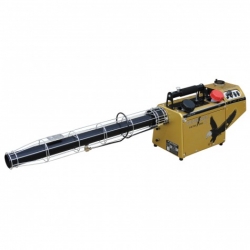 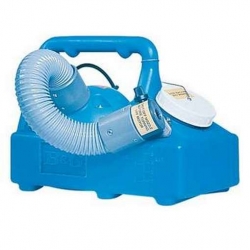 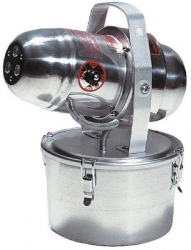 A new economic and fast air decontamination system is now available in the UK and is provided by a network of specially trained and equipped technicians. Please see http://gtarestoration.com/ (Please note we have a business relationship and provide scientific support to these companies)

Mould removal is the removal of visible mould but not mould decontamination which is generally the airborne contamination produced by water damage and the environmental conditions which led to the initial mould growth. The presence of visible mould should be recognised as an indicator of water damage and the potential of health hazards from touch and more importantly the risk of inhalation from released spores and chemicals. The World Health Organisation state that inhalation of mould and bio contaminates is the greatest risk to health.

Generally speaking small areas of mould (less than 9 square feet) can be removed with soapy water by anyone using simple protection such as mask and gloves. Areas over this may require professional assistance and this would include personal protective equipment and perhaps the use of critical barriers to prevent contamination escaping into the atmosphere and affecting other areas.

Depending on the severity of the mould and or health issues we use all or some the following steps:

Mould removal should not be undertaken until you have identified what�s caused it to grow. It should be accepted that mould spores are everywhere and only moisture activates its growth. Growth and type of mould (allergenic or toxic) may depend on the material its growing on, historic application of bleach or attempts to kill it and environmental conditions. Even toxic mould only releases toxins in certain circumstances and these usually involve stress to the organism which includes drying or application of biocides such as bleach.

There are various markers which are associated with moisture damage and these may focus attention of the investigation. These markers include staining, swelling and cracking etc.

The majority of mould may be hidden in cavities or behind wallpaper, the mould may be dead and surfaces now dry.

Investigation is important because decontamination of only one of several areas is a waste of time and money. Investigation may include moisture mapping, assessments of historic damage, perhaps intrusive investigation and air sampling. Building Forensics use state of art technology in these processes which include the use of pressure variables, trace gas, infra red cameras and a host of specialised moisture measurement equipment to pin point damage.

If you have visible mould there really is no reason to sample it unless there is a possibility of subsequent legal issues or your doctor requires specific information on its type for treatment purposes. All mould is allergenic and some toxic, so if its visibly present, it shouldn′t be. The problem really is what about hidden mould and this may take investigation, equally some may say this is a normal amount of mould, and therefore, quantification and speciation is necessary. See mould sampling section and remember that even dead mould is allergenic and can still be toxic due to chemicals left on sub micron fragments which can be inhaled into lower lung (alveoli) where blood oxygen transfer occurs.

If the environmental conditions exist even after the most competent decontamination, mould will return. Building Forensics undertakes independent moisture and environmental investigation to identify causation of moisture and will recommend solutions to stop or mitigate or remediate these issues. Building Forensics use infra-red thermography and ultrasonic measurement with a range of specialist equipment to identify or prove the cause of moisture. Lifestyle issues almost always stated as a cause of condensation is invariably found to be false and building design or construction defect is more often causation. Drying of wet surfaces is also essential to prevent re growth

Depending on the extent and level of contamination, containment or tenting may be required to prevent spore release affecting other parts of the property. This containment may have to be under negative pressure. Building Forensics can provide assistance in the design or erecting of containment

The photo below shows a technician working inside a critical barrier of polythene sheeting sealed at all edges and under negative pressure. This is to prevent the release of millions of spores to previously unaffected areas of the property during invasive decontamination of plasterboard walls

As previously mentioned, total mould or contamination removal is not practical or possible unless the air is decontaminated too. The expected or required level of decontamination should be agreed prior to the start of the project to avoid unnecessary cost, time and disappointment or dispute. These levels will need to be established by a third party such as Building Forensics, who will assess the requirement of the client and protocols of the contractor. Building Forensics can also provide support in monitoring and guidance during the process and have available unique protocols which guarantee air clearance.

In the following photo the author is inspecting the works of a professional decontamination contractor. The PPE is full enclosure with positive pressure and HEPA and Chemical filters. This job was at the high end of risk as occupants had been hospitalised with collapsed lung and  Pneumonia . Air and surface samples confirmed the presence of extremely toxic moulds

This is the removal of mould and associated contaminates from the area concerned. This isn�t just visible mould or even hidden mould in voids but the removal of airborne contamination which is the real hazard. The decontamination of air is a specialised protocol and Building Forensics can advise on very economical protocols and provide certification of clearance.